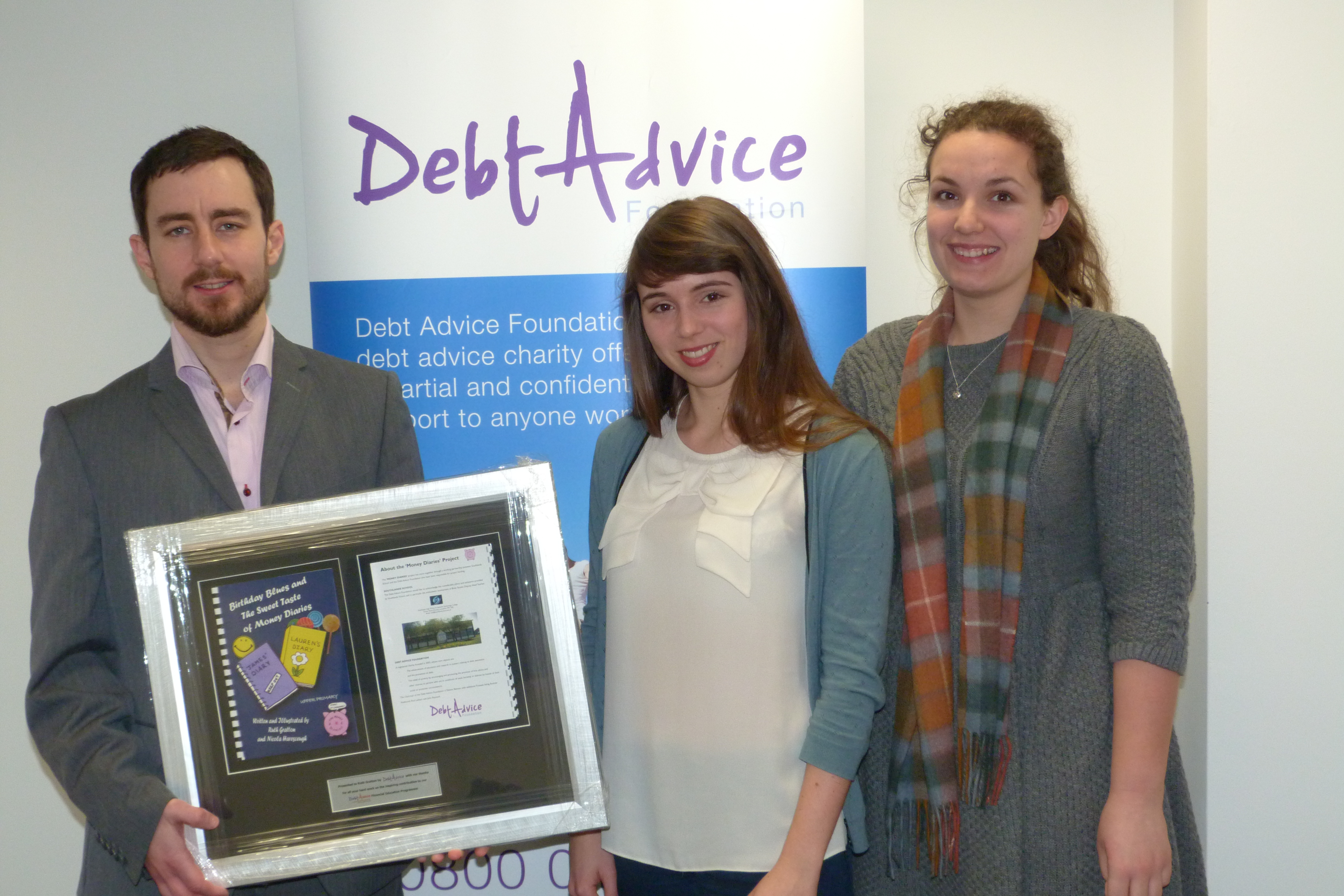 When Chorley schoolgirls Nicola Haresceugh and Ruth Gratton volunteered to help with a new project at school about financial education, they had little idea just how much impact their work would have.

As Year 10 students, they decided to write the diaries of children and their families with contrasting approaches wholesale jerseys to money – two families handling it carefully, and two falling into debt.

The resulting Money Diaries We – called “Birthday blues and the sweet taste of money” and “The price of fame and worldly goods” – became the cornerstones of a groundbreaking programme in which secondary school students teach primary pupils the basics of money management.

And today (Friday 3 January 2014) Nicola cheap jerseys and and Ruth – both now third year medical students – were presented with framed copies in recognition of the contribution they made.

The programme was College developed by Darwen-based national debt charity Debt Advice Foundation in cheap jerseys partnership with Southlands High School in Chorley.  After the Money Diaries were produced, the project was taken forward by other Year 10 pupils at the school who developed money management lessons and other supporting materials; it was subsequently awarded Centre of Excellence status by the Personal Finance Education Group, the UK’s cheap nfl jerseys leading finance education charity.

This year the programme took a significant step forward, being formally named DebtAware and taking on as Education Manager Brian Souter, formerly deputy head teacher at Southlands High School and one of the founding fathers of the programme.

The presentation to Nicola and Ruth was made by Debt Advice Foundation chief executive David Rodger, who said: “It is extraordinary to see just talks how far things have come since we sat down with Nicola and Ruth to discuss ways of encouraging young people to think about cheap jerseys family finances and managing NEC money.

“We wanted something that would be attractive to young people but would really bring home to them the consequences of not taking a responsible attitude to money.  The Money Diaries were exactly what we needed, and Nicola and Ruth should be extremely proud of the impact their work is having in schools.”

Ruth said: “This was a lovely surprise, and we are delighted to see how the programme has developed.  Although we knew how important financial education was, it never occurred to us at the time just how effective the diaries might be.”

“Nicola added: “It has been so interesting to see how later students at Southlands have helped take the programme forward.  We’re very proud to have been there at the beginning of something that is so worthwhile.”

This year eight secondary schools are delivering lessons to 60 primaries, a total of around 3000 pupils. Brian Souter explained: “The diaries, with the girls’ hand-drawn illustrations, are an integral part of the lessons and are always extremely well received by pupils. They have been universally praised by teachers, and were also commended by the former Governor of the Bank of England, Sir Mervyn King, and the then BBC Business Editor Robert Peston.”

Debt Advice Foundation is a national debt advice and education charity, based in Darwen, Lancashire, which runs a telephone helpline for people struggling with unmanageable debt.  It also provides advice on money management online and in the media, and lobbies on debt issues.