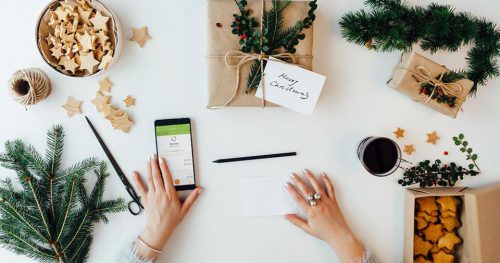 It’s that time of year when it starts to dawn on us that Christmas is only ‘round the corner. The supermarkets have festive food in by the end of September (no one knows why) and your Facebook is full of fun Christmas events that will cost you half your monthly wages.

Like most holidays in the UK, Christmas is getting bigger. Whereas before, Christmas consisted of a visit to the local shopping centre’s Santa’s Grotto, a stocking full of tat and a glorified Sunday roast in front of the telly, now we all have to be having an Instagrammable ‘most wonderful time of the year’.

Not to sound grumpy, but here is DebtAware’s list of the 5 worst things about Christmas and ways to avoid being in debt by January 1st;

Christmas goes on forever. It starts with mince pies in September, by mid-October supermarkets are displaying advent calendars next to the Halloween costumes, and Father Christmas is in-situ in his grotto from early November. That cheese board you picked up as an early bargain has a sell-by-date of November 12th. Let’s all try and rein it in until the beginning of December to save our cash, our children’s sanity AND our waistlines.

Everyone gets a present. Not just close family, but bosses, great Aunt Nora, your old school friends you haven’t seen in 8 months and your children’s teacher…of 3 months. Gift-giving is a competitive sport. Buck the trend and only buy for children, or suggest to your large family/friends list that everyone does a not-so-secret-Santa, so costs a vastly reduced. And forget the teachers (sorry Miss) no one wants 30 Best Teacher mugs anyway.

Events have become a huge part of the build-up to Christmas. Snow villages, Christmas funfairs with skating rinks, circus shows, artisan Christmas markets, pantomimes full of minor celebrities, the list goes on. Local garden centres often offer wonderful and low-priced visits to Father Christmas and craft-making sessions, or instead choose just one event to go to rather than trying to do everything.

Kids want the world’s most expensive gifts. This is always tricky, especially if your children still believe in The Man with Magical Powers and Deep Pockets. Hard to explain why they can’t have that ridiculous walking and barking puppy for £120 when the elves are making it in the North Pole. One solution is to suggest that every household has a certain amount of money assigned to them by Santa Claus, so that children don’t become greedy and spoil the magic of Christmas. This means that if they choose something very expensive, they get fewer gifts. This is actually a good way to start making young children aware of budgeting and helps them whittle down what they really want. In larger families it also means that children understand that there are 3/4/5+ of them and the household budget has to include them all, fairly.

Another idea is to ask children to fill in a daily list of what they are grateful for in their lives in the run up to Christmas. A recent study found that adolescents who wrote a list of what they were thankful for every day were more likely to give away a monetary reward to charity at the end instead of keeping it to spend on themselves.

Black Friday. Actually the worst thing about Christmas. Nothing makes you yearn for simpler times more than the sight of grown men and women wrestling over an own-brand flat-screen TV with approximately £4.12 discount on it. And that’s the thing- many deals are not very good or even deals at all. Keep a cool head and remember, if you weren’t already going to buy it, it’s not a bargain anyway.